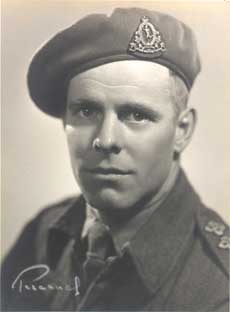 J. D. Symington, M. ’34, was reported killed in action on May [sic]. His rise in the army had been steady since his C.O.T.C. days and he had attained the rank of Captain. He had been in Europe since the first day of the invasion and was killed the day before the German surrender.