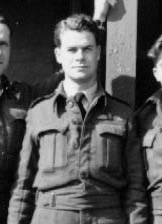 Harold was flying with fellow Officers R.L. Fiddick (left in photo below) and J.H. “Harry” Doe (right in photo below) when their Lancaster Bomber crashed in eastern France in July 1944. The crash came after a bombing run in Stuttgart; three flight sergeants were killed upon impact. While Fiddick evaded capture, Peabody and Doe were turned over to the Germans the following day and were never seen again. Harold is listed with other missing Commonwealth airmen at the Runnymede Memorial, Surrey. (Veterans Affairs Canada). 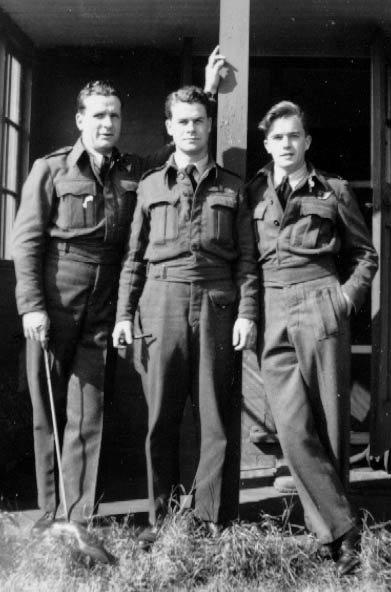 Born in the Puritan city of Boston on the 28th day of November, 1920, attended Sherbrooke High School, where he played football, hockey and golf. He apparently has no main interests or intentions when he graduates, but hockey and golf should keep him occupied until he has a B. Sc. tucked away under his arm.