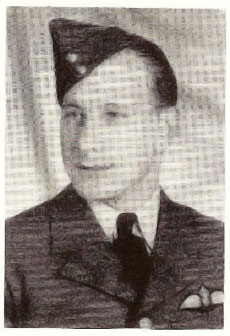 According to a biography made available by Veterans Affairs, Walter took part in Rugby, Hockey, and Cricket while at college.

After graduation, he spent two years as a businessman before joining the staff of Trinity College in Port Hope, where he wrote and directed short plays for the students to perform. While there, Walter also introduced the Junior School Press.

Walter enlisted in the R.C.A.F. in 1940 and received his wings in 1941. He was sent overseas the same year, serving first with a bomber training squadron in Scotland and later with the 214 (R.A.F.) Squadron, where he was promoted to Flight Sergeant in 1942. He made several raids over Germany and occupied France prior to the promotion.

During the raid over Lubeck, Walter’s plane was the first over the target. He was promoted to Warrant Officer shortly before he was killed during air operations overseas.