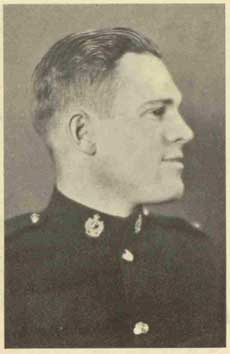 Third Year representative on the Yearbook Committee (The Quad, 1934, p.68).

Became 2nd Lieutenant with the Sherbrooke Regiment, departing in 1934 to “ride escorts… on great occasions in Ottawa with the Princess Louise Dragoon Guards” (The Quad, 1934, p.57).

The R.C.A.F. aircraft boarded by Bruce and four others went missing in flight from Dartmouth, NS to Newfoundland in 1942. The wreckage was found a week later off the Newfoundland coast, with all passengers presumed drowned. (Ottawa Journal, November 13, 1942; Veterans Affairs Canada).