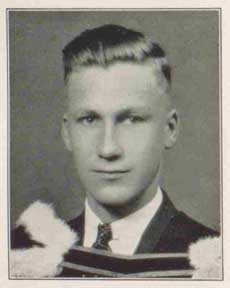 At convocation, “Bob” was awarded the Governor General’s Medal, Chancellor’s Prize, the Lieutenant Governor’s Silver Medal for Science, and one half of the General Nicholls’ Scholarship. He was also the recipient of a First Class Aggregate prize.