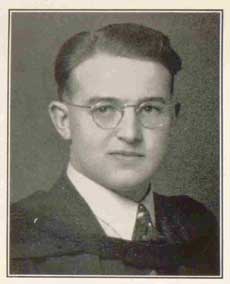 Son of Newton Henry and Alice King of Hamilton, Ontario, Canada. Served with the United Kingdom.

Took part in the University’s Political Discussion Group, and had a “short but successful” venture in to the drama department with the play “X=O.” (The Quad, 1937, n.p.).