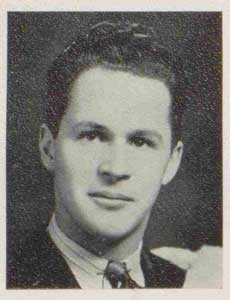 Son of Mr. and Mrs. Arthur H. Bradford, of Montreal.

Attended Cambridge School and St. Pat’s Academy in Sherbrooke, before attending Bishop’s as a day student—“those unfortunate beings who have to get up in the morning” (The Quad, 1941, p. 14). Ross eventually came to live in residence after his family moved to Montreal.

Ross was an avid golfer as well as a member of the C.O.T.C. during his time at Bishop’s. He also contributed to The Mitre, supplying works that showed “a touch of [his] philosopher.” (The Quad, 1941, p. 14).