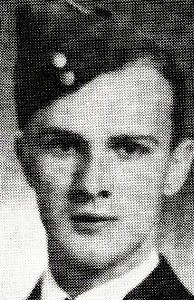 James worked for the Daily Star before enlisting in the R.C.A.F. in 1939. He was flying near Dunville in 1940 when his plane crashed during a training flight. (Veterans Affairs Canada).