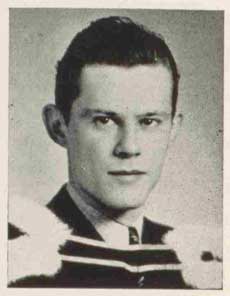 Don enlisted in the R.C.A.F. immediately after graduation. He was killed in action the following year.

During his sojourn [at Bishop’s] he has made a host of friends and they unite in wishing him the best of everything wherever his future may lead him.