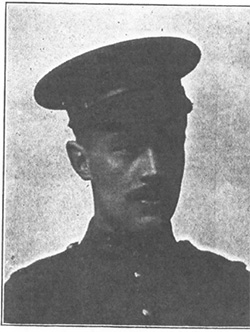 William B. Scott, second son of Frederick George Scott and Amy Brooks, graduated with a Bachelor of Arts from Bishop’s University. He then studied law at McGill for two years where he won a 100$ prize for being second of his class. He was involved in many sports teams at Bishop’s such as rugby, hockey, and football team. He was also the athletics editor in the Mitre.

In December 1914, he enlisted with the 117th (Eastern Townships) Battalion based in Sherbrooke. Unfortunately, one year later, W. B. Scott lost his right eye, and was invalided home. 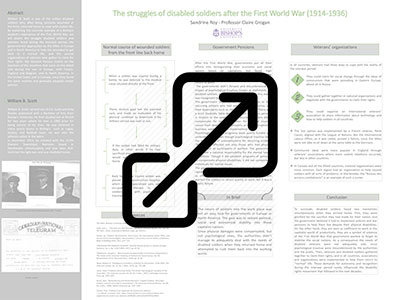 The struggles of disabled soldiers after the First World War (1914-1936)
By: Sandrine Roy