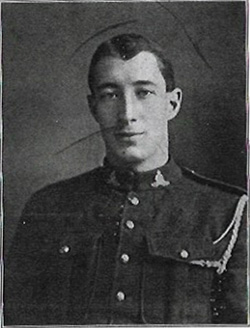 Elton was at the heart of Bishop’s University. Yet, he was even more involved than that. He was Senior student for the Second Year Arts ‘16, the Student Association Secretary ‘16, the  Missionary Union’s Secretary ‘16, the Tennis Club Vice President ‘16, the Drama Club Secretary ‘15, the Tobbogan Club President ’16 and he was on the Football Club committee ‘16. In 1914, Elton won the Professor Call prize for French and Mr. Richardson’s prize for Science. While on leave in 1916, he received his B.A. degree at Convocation. (The Mitre Archives) 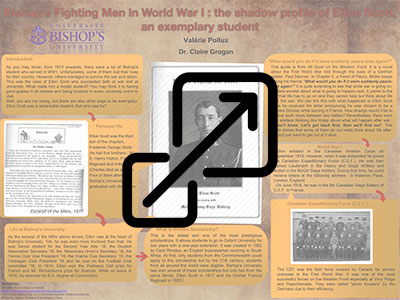 Bishop’s Fighting Men in World War I: the shadow profile of Elton Scott, an exemplary student
By: Valérie Pollux