Admitted to Bishop’s in 1913, awarded Mr. Shires’ Prize for English Matriculation at the 1913 convocation ceremonies. Member of the Arts Class of 1916. Played as Flying Wing with the Football team in 1913; “his great enthusiasm for the game […] has been of much value to the Foot-ball Club” (The Mitre, November 1913, p.9). “Doc” was also a committee member for both the Football and Basketball Clubs (The Mitre, November 1913, p.30).

Private “Doc” Robertson was recommended for the Distinguished Conduct Medal after he went into the open to repair a telephone line damaged by German shellfire. Under heavy shell and rifle fire, Doc succeeded in regaining communication with the artillery in the rear. “For this action Private Roberston was paraded before the Colonel, who publicly complimented him for his plucky conduct,” The Mitre, published Easter 1916, read. “We congratulate ‘Doc’ most heartily, and sincerely hope that the recommendation will go through.” He was later awarded the Distinguished Conduct Medal, as announced in the London Gazette in 1916: “For conspicuous gallantry. He went out in view of the enemy and under heavy shell and rifle fire, and successfully established communication, using a shell hole for his telephone station.” (London Gazette, No. 29631, dated June 21, 1916).

Private Lennox “Doc” Robertson was killed in action shortly after the following letter was sent to a fellow student at Bishop’s in the spring of 1916:

I have just returned from eight days leave in London, and got in this morning about three o’clock. I found eighteen letters awaiting my return, and you can bet your life I was glad to get them! I am up against the job of answering them, and its “some” job! I have not heard any College news for a long while. You seem to have improved a great deal in hockey and basket-ball this year. If you are going to enlist take a good look around and pick a good thing to join. The artillery is about the best thing, as they don’t have a quarter of the drudgery and discomfort and danger that the infantry have to face. I had a fine time in London and enjoyed every minute of it. They gave us plenty of money, too. I saw some funny shows. In London they are away ahead of anything I ever saw in Canada. I am back at our transport headquarters, where I have to wait till the “bunch” come out on Wednesday. They had some casualties, but were the luckiest in the division. None of our college boys got hit. We are in a bad place now, and some of us will be getting it soon. 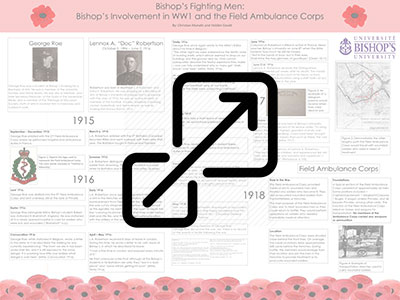