He went overseas as Lieutenant, under Lieut.-Col. Blondin’s command, when scarcely eighteen years of age, and that he conducted himself as a man and a soldier is shown by the fact that he was promoted to a Captaincy on the field, and was recommended for the Military Cross for gallant conduct. (The Mitre, Christmas Number 1918, p.14, facing page)

Member of the Arts Class of 1919.
Awarded a Military Cross. 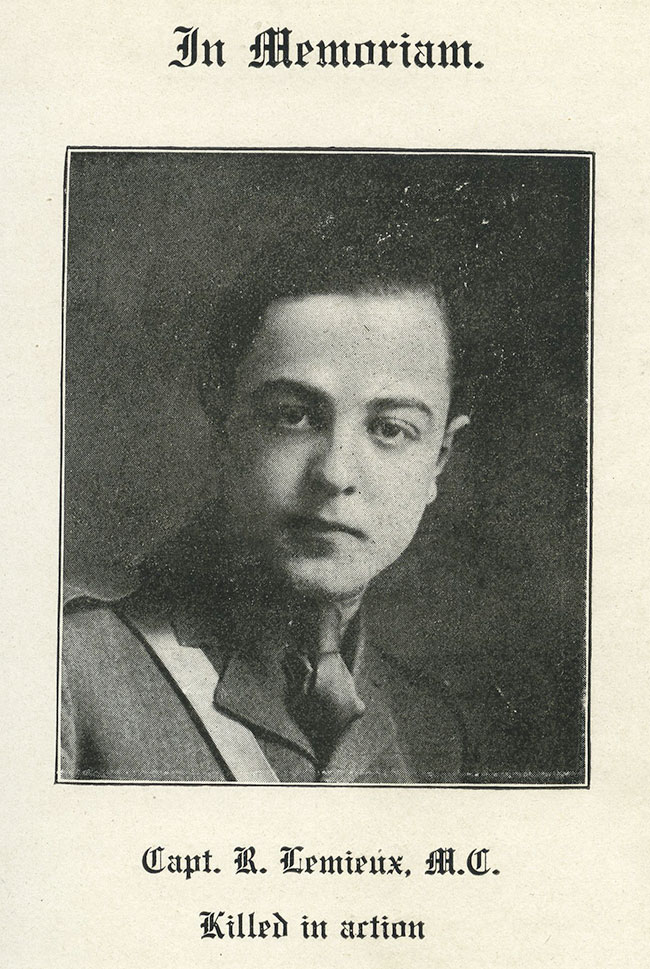 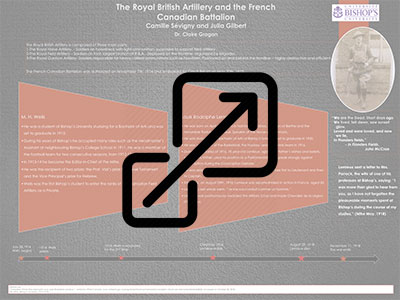 The Royal British Artillery and the French Canadian Battalion
By: Camille Sévigny and Julia Gilbert