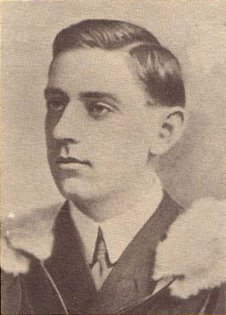 Son of the Rev. J. Ellis Ireland, of Montreal.

Edward later taught at the Academy of St. Lambert Preparatory to Law at McGill. There he was “one of the star players” on the Football team. (The Mitre, October 1912, p.14).

Studied Law at McGill University from 1914-15. Edward served in France, and was killed in action at Sanctuary Wood.