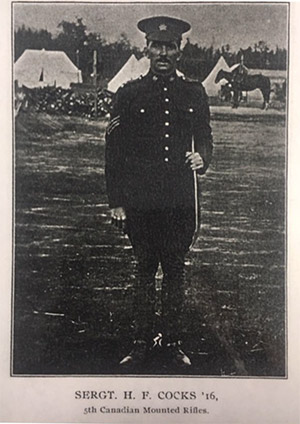 H.F. Cocks was a student at Bishop’s University when war was declared in 1914. An extremely accomplished student with an utter adoration for Bishop’s, Cocks had his toe in everything at the university. He was studying Divinity and participated in many clubs, including; the Dramatics Club, Church Warden Club, and the Guild of the Venerable Bede. Cocks was also extremely involved in the sports scene at Bishop’s. He was Captain of the tennis club, cricket club, canoe club and was secretary treasurer of the football club. Cocks signed up in the summer of 1914 with many of his friends from the football club for the 5th Canadian Mounted Rifles, attached to 8th Canadian Infantry Brigade, 3rd Canadian Division. He was made sergeant and posted adjutant to a regiment in Havre, France in 1914, where he spent all of the war. 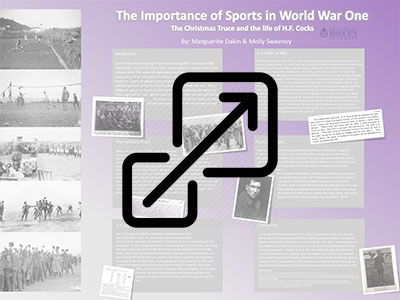 The Importance of Sports in World War One: The Christmas Truce and the life of H.F. Cocks
By: Marguerite Dakin & Molly Sweeney