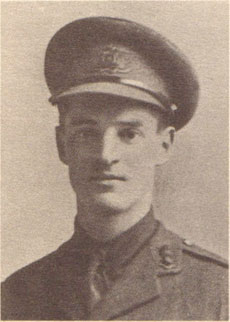 Played right half wing for the Football team, and was also a member of the Football Club committee (The Mitre, October 1909, p.53, 25).

President of the Hockey Club, committee and team member for the Cricket Club, and Director of the Golf Club. John also served as Secretary-Treasurer of the Basketball Club and Captain of the Tennis Club. (The Mitre, October 1909, p.25).

John taught at Rothesay College (now Rothesay Netherwood School) in Rothesay, New Brunswick (The Mitre, June 1911, p.15), and graduated from McGill with a degree in medicine in 1914.