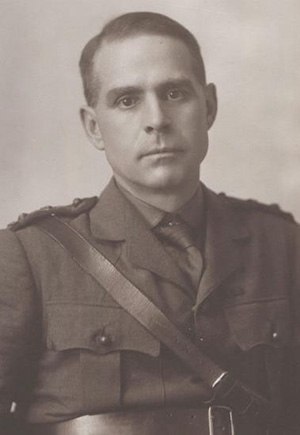 While at Bishop’s he was a member of the Churchwarden club. In 1894, he was Associate Editor for the Mitre, the regular news and creative paper of the campus. He also took alternate studies at Megantic where he later continued his religious practices.

In 1895, he was the captain of the rugby team and assistant editor of the Mitre.

His training and positions of leadership all helped him serve as Chaplain during the war. After graduation he was an active alumni being President of the Alumni association in 1911, then the Chairman in 1912.

He was among the first from Bishop’s to enlist in the war in 1914. He joined the Royal Army Chaplains and followed the 189th Canadian Regiment – where many other Bishop’s students enlisted. Almond was promoted to Major for the Canadian Field artillery in the 1st division. Later, he became a Lieutenant-Colonel in the Canadian Army Medical Corps for the Canadian Corps unit in the company A.D.S.C.

He often met with other Bishop’s students and Alumni once enjoying a lobster barbeque organized by Canon Scott. He finished his services as a Colonel for the Canadian Chaplain Service in the company of the directors.

Almond received decorations and awards during his military service. He was named Commander of the Order of the British Empire; he received the Companion of the Order of St-Michael and St-George and was mentioned in Despatches & ‘A’ List twice. On his safe return to Canada he was designated Director of Chaplaincy in Canada (1917). 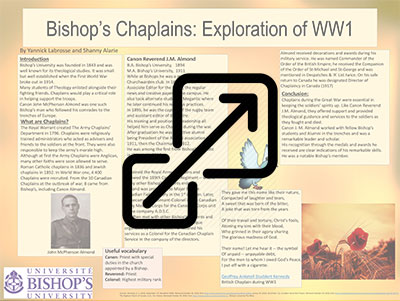